“The only financial market bubble is in sovereign debt” said Jamie Dimon, CEO of JPMorgan Chase &Co, in a recent interview at this year’s World Economic Forum in Davos. What led him to this conclusion? To find an answer, let’s first take a look at the facts.

U.S. national debt has now climbed to over USD 23 trillion, and the budget deficit for the current fiscal year alone – which doesn’t end until September 2020 – is expected to top USD 1 trillion. This deficit is the difference between the spending projection of USD 4.6 trillion and the revenue projection of USD 3.6 trillion. The interest portion of spending is estimated at USD 370 billion. This brings the national debt to around the same level as the U.S. Gross National Product (GNP). On a global scale, this in itself is not worrying: Italy’s national debt, for example, already exceeds GNP by approx. 35%. What’s more alarming is the CBO’s (Congressional Budget Office) projection that federal deficits will average USD 1.3 trillion over the next 10 years. Thus, every year the budget deficit will amount to more than 4% of the Gross National Product. The only comparable rise in new debt over a prolonged period in the U.S. was directly following World War II.

Without figuring out the details, it is clear that this is not a sustainable development and financing it would be virtually impossible even in a zero-interest environment. While money from national budget deficits does not go out of circulation, it is not directly used to refinance them. Nobody except for the U.S. Federal Reserve is in a position to buy this record amount of additional U.S. Treasuries. This means that the U.S. central bank will not be able to withdraw from the purchase program they have just resumed anytime soon. We can therefore expect to continue to rely on the Fed’s support in the coming years. In the highly unlikely event that the Fed doesn’t follow this logic and, say, even hikes key rates again due to an unexpected rise in inflation, U.S. Treasury holders would be at risk of considerable losses. In short, while the bubble in U.S. Treasuries is growing, it does not look set to burst anytime soon.

As long as international investors get a distinctly positive yield on U.S. Treasuries in this low interest rate environment, they will continue to readily buy them and thus support the Fed. In addition, the strength of the U.S. currency is another reason for investors outside the USD region to buy. If these two factors – positive yield and currency strength – are no longer in play, then the U.S. central bank will soon be on its own. Pressure on the U.S. government to restore balance to the budget will then increase at that point, if not earlier.

And what about German sovereign bonds? While in the U.S. the bubble is in the quantity of sovereign bonds, in Germany the bubble is in the prices and yields. 10-year German Bund yields reached a low of -0.7% last year and are headed down the same path again after a temporary recovery. Like the Fed, the ECB has recently resumed its asset purchase programme and started buying German sovereign bonds. At the moment, fears over the coronavirus and the resulting global economic slowdown is driving Bund yields back down, currently at -0.5%. Who would want to add these to their portfolio when it means buying into a certain loss if held until maturity? Probably very few of us. Having said that, many investors and banks do take this option if the only alternative is for them to invest the money at a deposit interest rate of -0.5%. In any case, the ECB has already announced that it will proceed with its asset purchases and not raise central bank rates until inflation approaches the 2% target. However, since such a rise in inflation is not expected in 2020, we will have to live with negative yields for German sovereign bonds for a while longer. At least there is good news to be gleaned for investors: this bubble will not burst this year either!

The term ESG (Environmental, Social, Governance) has become well established in the world of finance. We at ETHENEA want to do our part by offering our clients responsible and sustainable investment solutions. For this reason, ESG criteria play an important role in our investment decisions.


If you are having video playback issues, please click HERE. 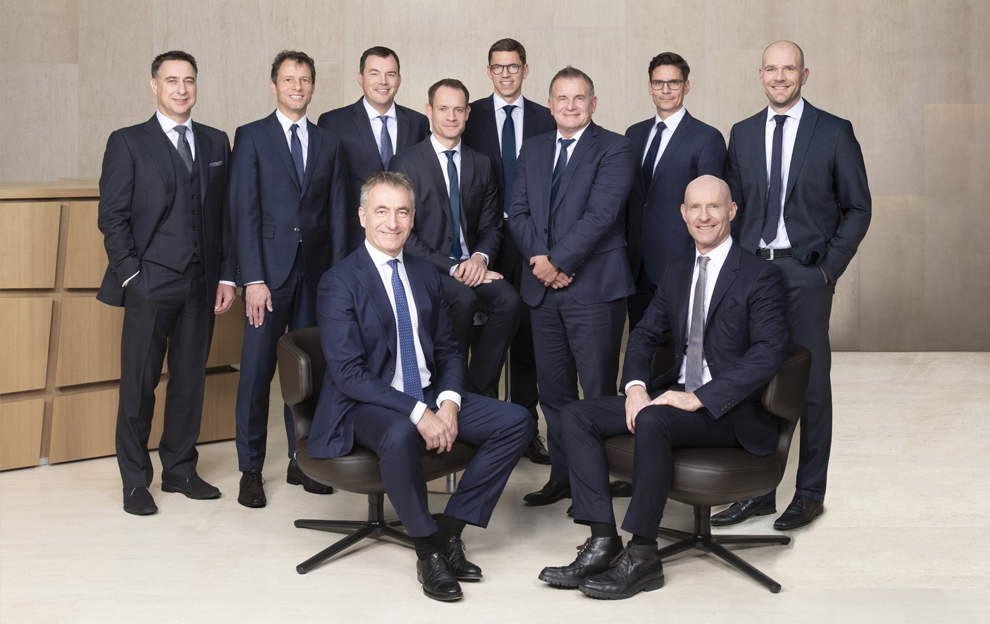